Loading documents preview...
11 Mistakes That Newbies Make With Shogun Method . This report is intended for Shogun Method clients only. Access your client portal at https://shogunmethod.net/

NOTICE Please do NOT distribute this document outside your Shogun Method membership. Remember: the fewer people know about Shogun Method, the better it is for us Shoguns! .

Mistake #1 "Approach Shogun Method With A "Pickup Artist" (PUA) Mindset" Using Shogun Method to try and pick up women is one of the most common mistakes new Shoguns make, and here’s why...

When you want to “pick up” women, your end goal is SEDUCTION. Whereas with Shogun Method, the end goal is ENSLAVEMENT. Big difference.

Shogun Method is perfectly designed to get you that outcome:

So it won’t work for you if you use it to achieve some other goal, such as seduction, just as square pegs don’t go into round holes.

Mistake #2 "Improvising" Shogun Method is a highly rigid system. There is no room for improvisation at all.

While you have different techniques to use, they MUST be used as instructed. Improvising is guaranteed to steer you off the course of Enslavement.

Even more importantly, the IRAE Model – the framework of Shogun Method – is as rigid as it gets.

The four IRAE Stages must be observed and progressed through one at a time, without skipping any of the Stages.

If any of the four Stages are NOT progressed through properly, the whole system collapses. And along with it goes your chances of Enslavement with your target.

Mistake #3 "Not following the entire IRAE Model in strict sequence" Speaking of the IRAE Model: The correct sequence is as follows...

Many new Shoguns get excited and try to skip some of the Stages. And likewise, when you skip any part of the IRAE Model, the whole system falls apart.

Mistake #4 "Skipping the Intrigue Stage" Some new Shoguns are already in relationships, and tend to think:

“I already got a girl, so I’ll skip the Intrigue Stage and just go straight to the Enslavement-related stuff.”

Remember, Enslavement is a process, and that process starts at the Intrigue Stage. That's even if she’s already your girlfriend or wife.

It’s never too late to start the Enslavement process with your woman. And it’s easy – a good Intrigue Ping, and she starts seeing you in a different way. And it’s this intrigued, curious state of mind that opens her up to Enslavement.

...and you should know that Contextual Rapport is kryptonite to Shogun Method's superpowers.

Why? Because Contextual Rapport leads to you getting friend-zoned by her, possibly for life.

When you’re in a relationship, it’s even worse.

Staying in the Rapport Stage for too long likewise leads to Contextual Rapport. Only in your case, she subconsciously stops seeing you as her lover. She loses the “addiction” feeling. And without knowing it, she starts wondering if you’re really the guy for her.

Now, while spending too much time in the Rapport Stage is a huge mistake, the opposite is just as bad... turn the page.

Instead, always look for the signs a woman is already thinking of you as a potential lover. That’s your cue she’s ready to escalate onto Attraction.

If you’re at a loss in the Rapport Stage, turn to the Mirroring technique. Simply mimic her more notable physical movements three seconds after she does them.

Later on, when you catch her Mirroring YOUR movements, that’s a sign she’s ready for the Attract Stage.

Mistake #7 "Forgetting the REPEL part of the ENTICE/REPEL Cycle" In the Attract Stage inside the IRAE Model, the go-to technique is ENTICE/REPEL. It’s one of the fastest ways to pull the “addiction trigger” in the female mind once enough Rapport has been built.

And yet many new Shoguns tend to do too much “Entice” and too little “Repel.” They don't know this quickly sabotages the Enslavement process.

It runs into the same problem as Contextual Rapport. Too much “Entice” means she associates you exclusively with good feelings. This does NOT build addiction and instead derails the Enslavement process.

Mistake #8 "Questioning the morality of Shogun Method" This mistake is commonly made by Shoguns who make the previous mistakes and fail as a result. They then blame Shogun Method for their failure, questioning its morality. (Of all things.)

First of all, Shogun Method is amoral – it’s your purpose for using it that makes it good or evil.

Secondly: Just follow the principles and techniques as they’re outlined, and you’ll be fine.

Mistake #9 "Discounting the concept of Enslavement" Many new Shoguns make the mistake of thinking Enslavement means either PHYSICAL enslavement.

If not that, then some form of the kind of slavery that’s outlawed in most countries today. Obviously, neither is the case with Shogun Method.

Ours is a MENTAL Enslavement. It’s the same kind of overriding drive that people have towards their belief systems, political stripes, their favorite commercial brands and TV shows and so on. Our goal is to induce that exact same kind of enslavement in women towards ourselves. Achieving that goal is guided by the body of science that Shogun Method rests upon.

Mistake #10 "Ignoring Fractionation" Many new Shoguns make the mistake of NOT mastering Fractionation. It’s one of the first Shogun Method techniques they’re introduced to, and yet for some reason, they neglect to hone it.

(That reason is often their reluctance to inflict "emotional lows" on women.)

Fractionation is one of the most powerful Shogun Method techniques out there. It’s one of the very few techniques that can be used in all four Stages of the IRAE Model with significant efficacy.

Mastering Fractionation minimizes the time you need to move women closer to Enslavement.

"Getting overwhelmed." Given the breadth and depth of the Shogun Method Knowledge Base (https://shogunmethod.net/catalog/), it is easy for Shoguns to feel overwhelmed.

This is why I would advise new Shoguns to first master the foundational concepts inside Shogun Method. For a large majority of Shoguns, they will not need anything else apart from the core Shogun Method program. However, for those who need the extra "firepower" in the form of addon Shogun Method routines and tactics, and for those who want to deepen their knowledge of Mind Control Enslavement techniques, the following Roadmap will be useful -

Be A Shogun. Enslave any woman emotionally and make her willingly submit to your ultimate authority.

Expected Or Important Questions Of International Law Css By Tahir

Shelley As A Romantic Poet 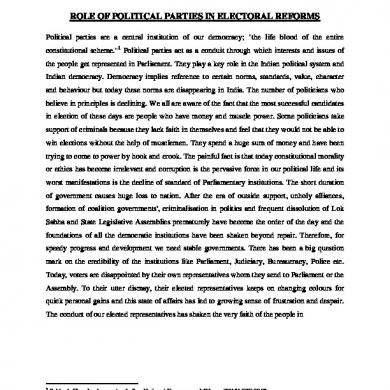 The Craft Of Selling Yourself By Ashraf Choudhary