Download & View Pediatric Growth And Development as PDF for free.

Rapid weight gain in the first month, primitive reflexes are preset and strong, obligatory nose breathing for most infants

Gross/Fine Motor Gross: Assumes flexed position, can turn head from side to side when prone; lifts head momentarily from bed; marked head lag; body limp when standing, absence of head control when sitting

Fixate on object within range of 45-degrees, does not have good vision and follows light to midline; Quiets when a voice is heard.

Fine: Can hold rattle but not reach for it, grasp reflex absent and hands kept loosely open; pulls at blankets and clothes

Sensorimotor phase: use of reflexes and primary circular reactions Able to watch the parents’ face intently when he or she is spoken to

Binocular fixation and convergence to near objects beginning, follows dangling toys from side to side to point beyond the midline; visual searching; turns head to sound

Interest in surroundings; can recognize familiar faces and objects and shows awareness of strange situations

Gross: Almost no head lag when pulled to sitting position, balances head well, able to sit erect if propped up, rolls from back to side

Gross: No head lag present Able to hold head erect and steady, able to sit for longer periods if supported, turns from abdomen to back (tummy to back)

Pursues a dropped object with eyes, sustains visual inspection and can localize sounds

Smiles at a mirror image, pats bottle or breast with both hands, more enthusiastic, able to differentiate between friends and family, discovers parts of body

Adjusts position to see an object, complex visual stimuli, localize sounds above ear and will turn head to the side and look up and down; begins to imitate sounds, babbling resembles one-syllable utterances; takes pleasure in hearing self

Growth rate may begin to decline; teething may begin with eruption of two lower central incisors, chewing and biting occur

Gross: can lift chest and upper abdomen off surface, weight on hands, lifts head, sits in high chair with back straight, rolls from back to abdomen, bears almost all weight Fine: Resecures a dropped object, grasps and manipulates small objects, holds bottle and grasps feet and pulls to mouth

Gross: Can lift head spontaneously off surface, sits leaning forward on both hands, bears full weight on feet, can bounce actively Fine: Transfers object from one hand to the other; unidextrous approach and grasp

Gross: Sits steadily unsupported, readily bears weight on legs and may stand holding on to furniture; adjusts position to reach an object

Fixate on very small objects and responds to own name; localizes sound; awareness of depth and space and has taste preferences

Parent is increasingly important, shows increasing interest in pleasing parent, shows fears of going to bed and being left alone; puts arms in front of face to prevent washing

Fine: Pincer grasp, releases objects at will, secures an object and reaches persistently for toys out of reach

Labyrinth-righting reflex is strongest when infant is prone or supine; raises head

Gross: Sitting, pivots to reach objects, cruises or walks holding on to furniture with both hands

Fine: explores objects more thoroughly, neat pincer grasp, drops objects deliberately, sequential play and able to manipulate objects Gross: Walks with one hand held, cruises well; may attempt to stand alone momentarily, can sit from a standing position without help Fine: Attempts to build tower, tries to insert pellet into a narrow-necked bottle, can turn pages in a book, many at a time

Imitates definite speech sounds; Experiences joy and satisfaction, reacts to restriction with frustration, rolls ball to another on request, anticipates body gestures; plays games and shakes head for “no”

Says three to five words; shows emotions, enjoys familiar surroundings and explores away from the parents, fearful in strange situations; may develop habit of security blanket or favorite toy, searches for an object even if it hasn’t been hidden (where object was last seen

Steady growth in height and weight

Cognition uses expressive jargon and knows four to six words including names; asks for objects by pointing, understands simple commands, may use headshaking, tolerates some separation from parent and is less likely to fear strangers; imitate parent actions like cleaning; kisses and hugs parents

Gross: Assumes standing position, walks up stairs with one hand, pulls and pushes toys, jumps in place, seats self on chair, throws ball overhand without falling No major developments

Accommodation is welldeveloped in geometric discrimination

Gives first and last name, refers to self by appropriate pronoun, uses plurals and can name one color; Separates more easily from parent; helps put things away, begins to notice gender differences and knows own gender; may attend to toilet needs without help except for wiping; emotions expand

Gross: Jumps with both feet, jumps from chair to step, stands on one foot momentarily, takes a few steps on tiptoe Fine: Good hand-finger coordination, imitates vertical and horizontal strokes and makes two or more strokes for cross, draws circle

May have achieved nighttime control of bowel and bladder

Gross/Fine Motor Gross: Rides tricycle, jumps off bottom step, stands on one foot, goes up stairs; balance may not be adequate Fine: can draw a circle with facial features, names what has been drawn

Eruption of permanent dentition may begin; handedness is established

Sensory Vocabulary of about 900 words, uses telegraphic speech, complete sentences, asks questions, prepare simple meals; parallel and associative, learns simple games, begins to share, feeds self and dresses self; knows genders of self and others; learns how to follow rules Has 1500 words or more in vocabulary, sentences contain four or five words, tells stories, asks many questions, obeys four prepositional phrases, names one or more colors, comprehends analogies; very independent, tends to be selfish and impatient as well as aggressive, family tales are told with no restraint, imaginary playmates are common, sexual exploration and curiosity are demonstrated through play Vocabulary increases to 2100 words; uses sentences of six to eight words with all parts of speech, names coins, knows names of days of week, months and time-associated words; can follow three commands in succession

Cognition Preconceptual phase and egocentric in thought and behavior; understanding of time, improve concept of space and ability to view concepts from another perspective; attempts to please parents Intuitive thought, understands time better, unable to conserve matter, judges everything according to one dimension, perceptual clues dominate judgment, less egocentric and more social awareness; count correctly but has poor mathematical concept of numbers obeys because parents set limits; does not understand right and wrong; can rebel and takes aggression out on family members, may have rivalry with siblings and identifies strongly with parent of the opposite sex Less rebellious and quarrelsome, more settled and eager to get down to business, independent but trustworthy, has better manners, total selfcare, associative play; begins to question what parents think and may notice prejudice and bias, is able to view from

Has fewer fears and relies on outer authorities to control the world; hand-eye coordination is less refined; may cheat to avoid losing

others’ perspective; uses timeoriented words with increasing understanding, cautious about factual information regarding the world; gets along with parents, may seek out parent more often, questions thinking and principles, identifies with parent of the same sex

Develops sense of numbers, can count 13 pennies, knows morning and afternoon, obeys three commands in quick succession, defines common objects and says which is pretty and which is ugly, describes objects in a picture

Personal-Social Can share and cooperate better, has great need for children of own age, will cheat to win, rough play, jealous of younger siblings, boaster, independent, has own way of doing things and increases socialization

Uses common tools and household and sewing utensils, assumes responsibility, looks after all of own needs, buys useful articles, runs errands, likes school, is afraid of failing a grade and is ashamed of bad grades, more critical of self

Easy to get along with, likes reward system; interested in boy-girl relationships, goes about home and community freely and likes to compete and play games, plays mostly with groups of own sex, modest, group sports begin

Posture is more similar to an adult’s and remainder of teeth will erupt—not wisdom teeth Pubescent changes may begin to appear in girls; boys may become obese in this period of growth

Makes useful tools or does easy repair work, raises pets, washes and dries own hair, may need reminding to be hygienic, can be left alone for a few hours, successful in looking after others left in their care

Multiple plural relationships Internal identification of heterosexual, homosexual and bisexual attractions, exploration of “self appeal” and feeling of “being in love,” tentative establishment of relationships More introspective, tendency to withdraw, vacillation of emotions and feelings of inadequacy common

Forms stable relationships and attachment to another, growing capacity for mutuality and reciprocity, dating as a romantic pair, may publicly identify as LGBTQIA, intimacy involves commitment More constancy of emotion Anger likely to be concealed 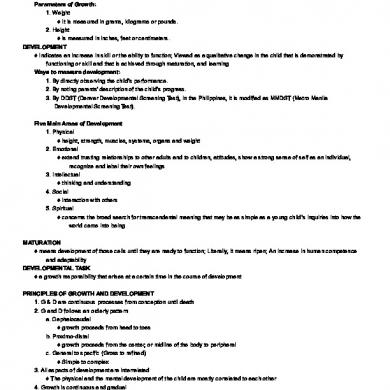 Principles Of Growth And Development 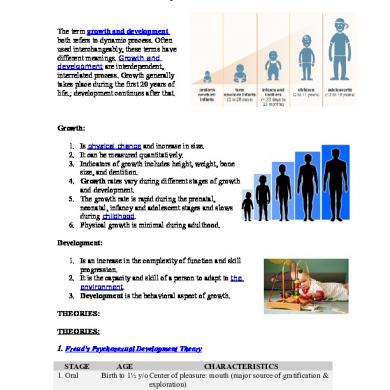 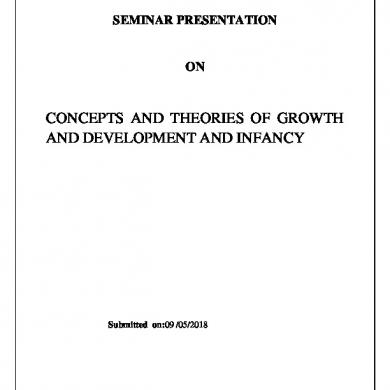 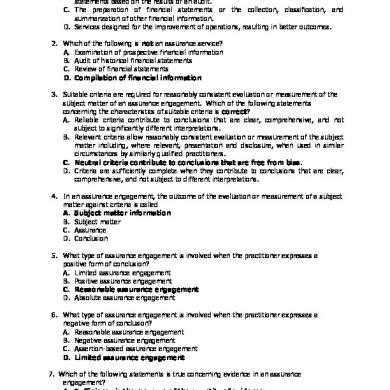 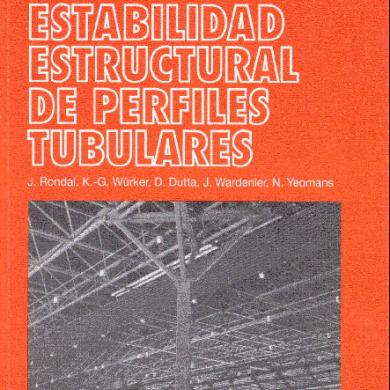 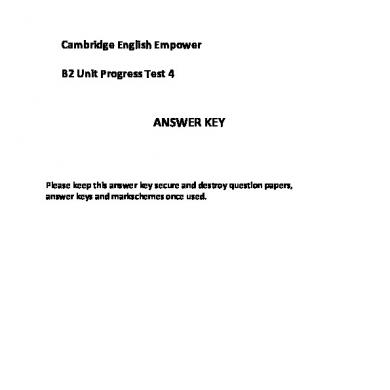 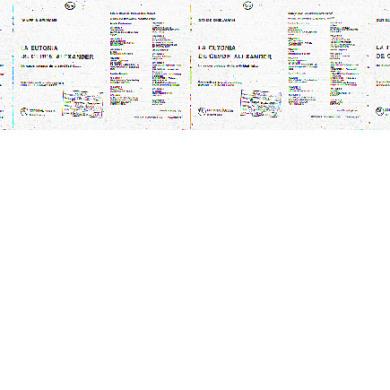