A Research Paper Presented To the Members Faculty of the Business Department of John B. Lacson Colleges Foundation- Bacolod

In Partial Fulfillment of the Requirements for the Degree; Bachelor of Science in Hotel and Restaurant Management

Without a doubt, food is one of the better things in life. If people didn’t eat, they will go hungry. If they don’t eat for too long, they will die. If they don’t eat, they will miss out on all the great gastronomic experiences that life can bring them. From ages unknown, man has realized that to be healthy, they have to eat the right foods. According to The New book of Knowledge (S) by Grolier International (1981) on page 330, healthy individuals live longer, are stronger, faster and therefore better feed and more comfortable. After all, the first instinct of everyone is self-preservation right?

It is important to understand what food safety and hygiene means. The quality of food has been something that has always been held in high regard. But in the past few decades, food sanitation and hygiene has been a growing concern among the public. This is because we are now better educated and aware of the dangers of eating contaminated foods.

The provision of sanitation is a key development intervention – without it, ill-health dominates a life without dignity. Simply having access to sanitation increases health, well-being and economic productivity. Inadequate sanitation impacts individuals, households, communities and countries.

Increasing access to sanitation and improving hygienic behaviors are keys to reducing this enormous disease burden. In addition, such changes would increase school attendance, especially for girls, and help school children to learn better. They could also have a major effect on the economies of many countries – both rich and poor – and on the empowerment of women. Most of these benefits would accrue in developing nations.

Food service employees who demonstrate good health habits and practice food safety provide more efficient and sanitary food services. Food borne illnesses can also be spread if employees are not properly trained on how to receive and store food. It is very important that food employees are knowledgeable in all food handling areas.

Teaching good hygiene practices when preparing food includes instructing employees on the use of sanitary gloves when handling certain products, sanitizing workstations after each job--especially when handling raw meats and dairy products--and cooking and cooling foods to their proper temperatures.

Running a safe kitchen requires knowledge and practice of safe food handling procedures. Food hygiene includes common procedures such as keeping your hands clean and refrigerating perishable foods. But is also means taking care at all levels of cooking, from purchasing at the market to storing, preparing and serving. Train employees in all methods of food hygiene and maintain good practices in order to run a safe, clean kitchen.

Food received or used in food service establishments must be from sources approved or considered satisfactory by the health department and must be clean, wholesome free from spoilage, adulteration and misbranding, and safe for human consumption. The food must have been prepared, processed, handled, packaged and stored in a sanitary manner so as to be protected from contamination and spoilage.

Health inspectors in some counties requires restaurants to maintain daily temperature logs of refrigerator and freezer temperatures, and will check those records upon inspection. Cooks on the morning shift check the unit temperature and make sure refrigerators and freezers are at 40 or 0 degrees respectively. Any deviation in these norms requires immediate attention.

Awareness of food hygiene and safety in the food service industry is improving largely because of the threat of HACCP (Hazard Analysis Critical Control Point) legislation. But the role food sanitation and hygiene play in food quality; staff motivation and profitability are still grossly under-estimated. What is more, the consequence of a case of food poisoning is taken too lightly. One highly publicized incident of food poisoning is

sufficient to destroy a food business not to mention deter hundreds of tourists. Around the world, awareness of food safety and the demand for public assurance programmes is growing. Food safety is no longer an option - it is an obligation!

Commitment is the mental or physical act of more directing increased resources to an activity or interpersonal relationship. Processes of cognitive dissonance may then increase the perceive value of the target and this may lead to increased involvement and motivation.

According to Baxter (1989), a commitment is an intention to (a) perform some action, (b) effect some outcome, or (c) produce some consequences perceived as obligatory requiring an investment of personal or social resources (e.g., time, effort, money) over some non-trivial period of time. Unlike wishes and wants, an intention contains the means of its own fulfillment and therefore constitutes self-directed action; there are no unconscious intentions.

sense of obligation surrounding commitment making, the more likely is the actor to keep the commitment.

Conceptually, a commitment encompasses two intersecting psychological dimensions and includes four constructs: the emotion-cognition dimension and the motivationvolition one. At the intersection, unifying commitment is the concept obligation.

Fig. 1 Schematic Diagram of the Study

Dependent Variable Level of Commitment to Food Sanitation and Hygiene

Statement of the Problem

This research aims to determine the level of Commitment to Food Sanitation and Hygiene of the BSHRM-CSS1 Students of John B. Lacson Colleges Foundation-Bacolod.

Statement of the Hypothesis

There is no significant difference on the level of commitment of BSHRM-CSS1 Students to food sanitation and hygiene.

Significance of the Study

This study will give more information or knowledge to the students of BSHRM-CSS1 of John B. Lacson Colleges Foundation- Bacolod on the level of Commitment of Food Sanitation and Hygiene.

Delimitation of the Study

This study is confined only to BSHRM-CSS1 Students of John B. Lacson Colleges Foundation- Bacolod, enrolled this second semester, school year 2012-2013.

Commitment- the trait of sincere and steadfast fixity of purpose; the act of binding yourself (intellectually or emotionally) to a course of action Sanitation- the state of being clean and conducive to health; making something sanitary (free of germs) as by sterilizing Hygiene- a condition promoting sanitary practices; the science concerned with the prevention of illness and maintenance of health

Food- any substance that can be metabolized by an animal to give energy and build tissue Sanitary Practice- practices designed to protect the public health through disease and infection prevention and control.

Food safety is defined by the FAO/WHO as the assurance that when food is consumed in the usual manner does not cause harm to human health and wellbeing. Food safety is of utmost concern in the twenty-first century. Food service establishments are sources of food borne illnesses and food handlers contribute to food borne illness outbreaks. According to WHO (1989), food handling personnel play important role in ensuring food safety throughout the chain of food production and storage.

Mishandling and disregard of hygienic measures on the part of the food handlers may enable pathogenic bacteria to come into contact with food and in some cases survive and multiply in sufficient numbers to cause illness in the consumer.

Studies by FAO (1995) recorded poor knowledge, practices in food handling in the assessment of microbial contamination of food sold by vendors. The hands of food service employees can be vectors in the spread of food borne diseases because of poor personal hygiene or cross-contamination. Studies point out that most outbreaks result from improper food handling practices. Lack of basic infrastructure, lack of knowledge of hygiene, absence of potable water, lack of proper storage facility and unsuitable environments for food operations (such as proximity to sewers and garbage dumps) can contribute to poor microbial quality of foods. Inadequate facilities for garbage disposal posed further hazards. In addition poor sanitary practices in food storage, handling, and

preparation can create an environment in which bacteria and other infectious agents are more easily transmitted. Moreover, inadequate time and temperature control and cross contamination are responsible for food poisoning outbreaks.

Liquid and solid waste disposal systems were not proper moreover domestic animals were found in some food establishments. It has been noted that foods should be prepared in places far away from the sources of contamination such as rubbish, wastewater, and animals. Ready to eat foods sold in unsanitary locations are susceptible to contamination by flies and domestic animals and the link between, other animals and diarrheal diseases has been reported where dogs and cats are known to carry pathogens such as E. coli and

The study made use of self constructed questionnaire, comprising 15 items. The instrument underwent validation from the experts. It also underwent reliably testing with .9 correlations. The score in the instrument is interpreted as follows:

After the instrument was validated and made reliable, it was reproduced and distributed to the respondents. The instruments were gathered and analyzed to answer the specific questions. 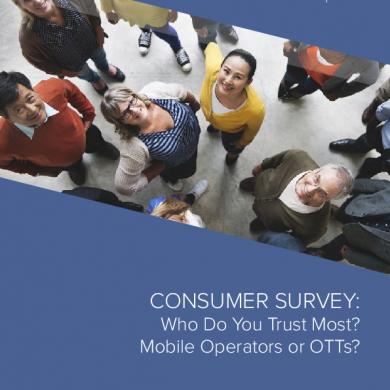 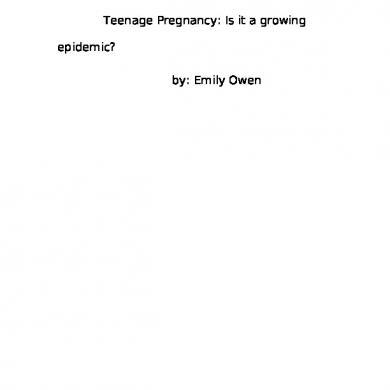